1. Ripples. In the past week I’ve felt the urge to pull out my crochet scrappy sock ripple afghan. Most of you know I’m not much of crocheter. I’m mostly self taught and I don’t find it nearly as intuitive as knitting, but I do enjoy it. This week I’ve been adding some leftovers of Christmas yarns and other assorted bits. It’s still a LONG way from complete, but it makes me happy to work on it during the holidays. 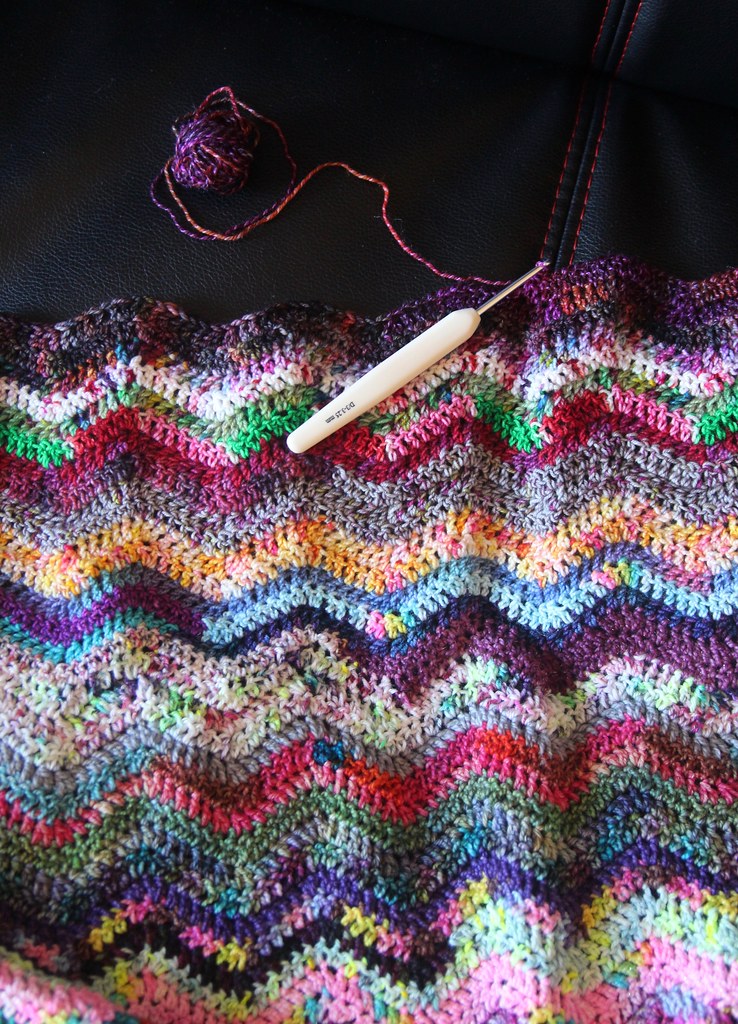 2. Reading. This week I’ve been reading, or more accurately listening, to Front Desk by Kelly Yang and read by Sunny Lu. It’s a wonderful book about the hardships faced by immigrants, particularly timely in today’s crisis. I should also add that Sunny Lu is a friend from high school so it was fun to listen to her again. She reads the book beautifully and this version won an Audie Award! 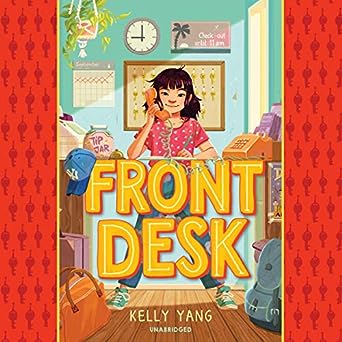 3. On the wheel. This week I’m spinning a luscious superwash merino braid from Nest Fiber Studio in the colorway Foxy. This one will be destined for the shop. Even if it’s not holiday colors, the reds and purples and oranges remind me of cozy fall and warm snuggly blankets. This one would be perfect for cozy socks! 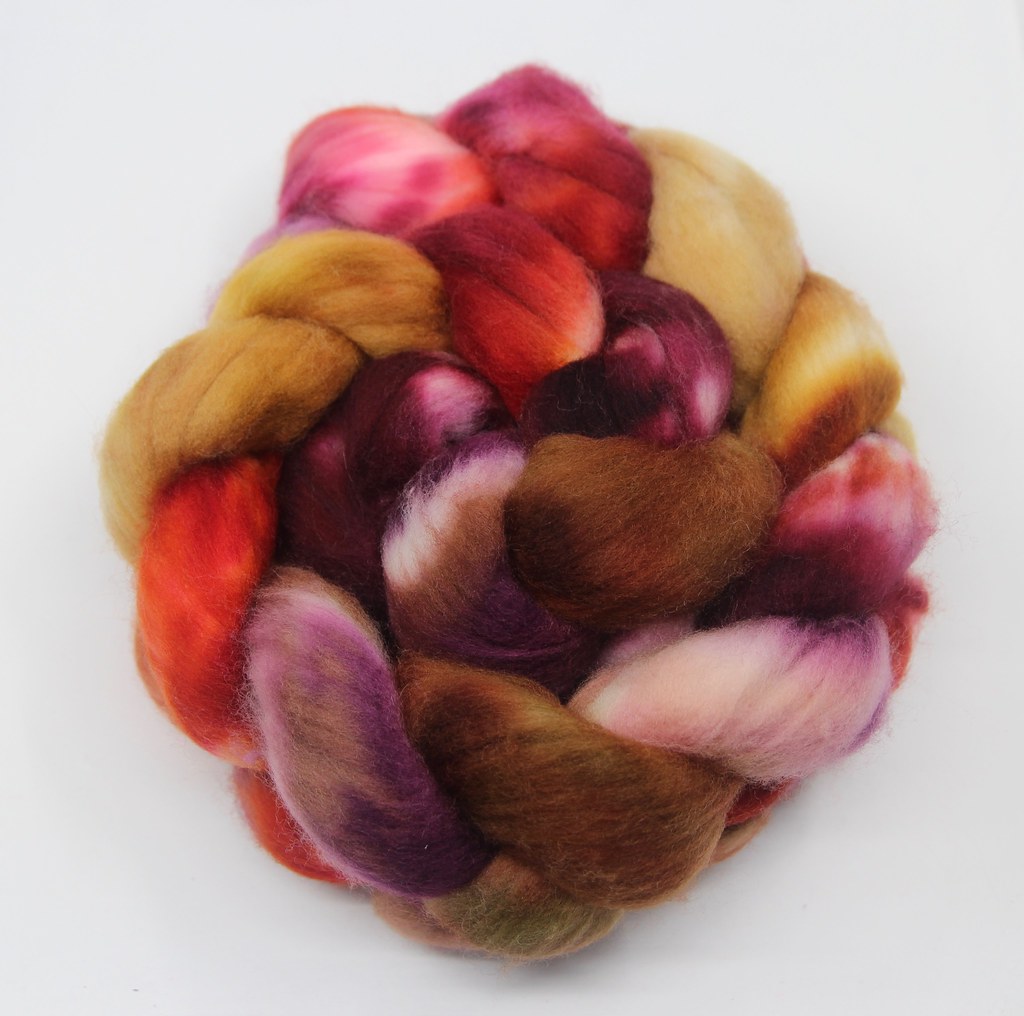 4. Christmas cooking. This year we’re hosting Christmas at our house which means we have to come up with something to cook! In the past few years we’ve given up the tried and true turkey and ham in favor of experimenting a bit more. This year’s “new” addition is going to be cornbread stuffing muffins. We’re still debating recipes (there are a million to choose from), but I’m already hungry! Do you stick to traditional recipes or experiment a bit?

5. Ethical knitting. Last week on the podcast I talked about how I was working with some new yarn from Manos del Uruguay, specifically Cabrito, their new kid mohair base. One of my viewers left a critical comment asking me why I continued to use mohair given the proven cruelty in the industry. While I appreciated being alerted to something of which I was previously unaware, I also know that Manos del Uruguay is a certified member of the World Fair Trade Organization. I believe it’s up to every knitter to make their own decisions about the materials they choose to craft with.

The theme repeated itself later in the week with a PETA billboard about wool. I can’t say it better than Clara Parkes.

Just in time for wool season, PETA has released its latest billboard in which Alicia Silverstone agreed to pose nude. Her message: Be kind. Leave wool behind. (And admire her behind while you’re at it.) My question: Be kind to whom? Kind to the sheep, who allowed us to domesticate them 7,000 years ago in exchange for a guarantee of food, water, and shelter, and whose wool must now be removed each year for their health, safety, and well-being? Kind to the soil that is enriched by the nitrogen in wool as it quickly biodegrades? Kind to the firefighters for whom wool uniforms and a wool blanket can mean the difference between life and death? Kind to our planet, which is currently being killed by excess carbon dioxide—a carbon dioxide that sheep effortlessly sequester massive amounts of in their fleece, and at a rate higher than that of cotton or regenerated cellulose? Kind to our waterways, our birds, whales, fish, even, yes, our own intestines, which are carrying microplastics whose environmental and health damage we are now only beginning to comprehend? Kind to the hard-working men and women who have dedicated their lives to sheep—for whom this is a family business, for whom their flocks are core to their lives, for whom sheep and wool represent not only their futures but those of their children? I am all for a reasonable and well-informed debate on the issue of wool and animal welfare. There’s a lot going on here, with multiple standards being established and enforced around the world. I know smaller producers who care for their flock better than they do their own family. And I even know a few sheep farms that have committed to never send their animals off to slaughter. As I said, there’s a lot going on here. And to dismiss it all in a single billboard of a naked actress telling us wool isn’t kind, well, it may actually be the least kind thing we need right now. #stoppickingonwool